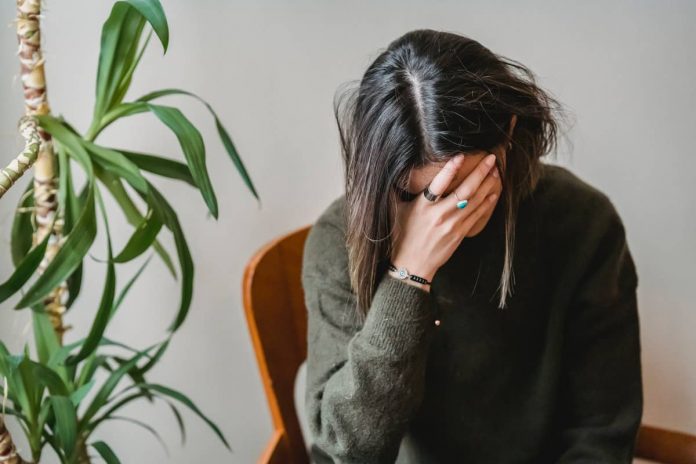 Anxiety is a regular thing. Facing challenges, stressful situations, or even facing an incredibly expected moment can bring anxiety; situations such as exams, dates, job interviews, waiting for critical news are all perfect examples of situations that bring anxiety. But if these situations run an individual’s life, and if they are just too overwhelming to deal with, there might be an anxiety disorder in the mix, which can lead to anxiety attacks. 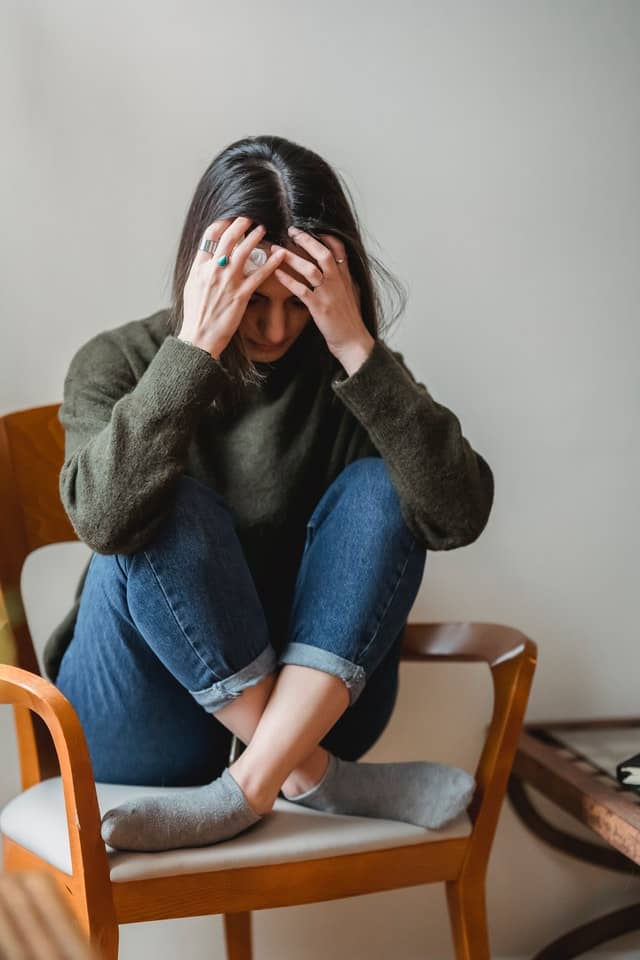 However, these attacks might come for various reasons and can have different effects on each individual, depending on a variety of reasons. Although normal to some extent, anxiety can end up damaging someone’s life and taking a significant toll on their happiness, so it should be dealt with.

Anxiety attacks are horrible, and no one should have to deal with them. However, if someone is dealing with them, information is critical to get past it. If both the victim and the people around them are correctly informed, the situation can be much lighter, and Who can solve it without too many complications.

What are anxiety attacks?

Anxiety is a natural condition that we all inherit due to evolution. Anxiety came from the evolution of the fight/flight response, and it is designed to keep us safe, away from harm, and prepare us on how to react in situations that could potentially be dangerous.

Anxiety keeps us safe from harm, and without it, we would get into dangerous situations without really understanding how they can threaten our lives.

Thanks to anxiety, we don’t get into fights with huge, dangerous gangsters, we don’t walk through the woods at night confidently, we don’t go into abandoned buildings at night with a smile on our faces, drive incredibly fast in a city, and so on. Nevertheless, sometimes, anxiety can get out of hand and generate an exaggerated response, resulting in an anxiety attack.

An anxiety attack is a prolonged period of fear or apprehension, usually connected to at least four or more symptoms (symptoms of an anxiety attack are listed below in this article). Usually, anxiety attacks begin abruptly and reach the peak of their symptoms within 10 to 20 minutes of the beginning. However, these attacks can last up to a few hours. Usually, first-time anxiety attack victims call emergency services and make things worse since they don’t understand what is happening.

They end up thinking that they are having a heart attack or a nervous breakdown (situations much more complex than anxiety attacks). Although anxiety attacks end up taking a significant toll on their victims, they are not lethal, and they are not harmful, as long as the sufferer does not mistake the symptoms of anxiety attacks and takes medication that could harm them.

What are the symptoms of an anxiety attack?

Generally, an anxiety attack can include a large variety of symptoms, which include: intense feelings of fear, the urgency to escape and run away, turning pale, cold sweats, numbness and tingling sensations, burning skin, choking sensation and tightening of the throat (tightening that would seem like the throat is closing or clogged), weak knees, trembling, confusion, shakiness, a feeling of danger and that something horrible is going to happen, depersonalization (separation from reality and self), lightheadedness, emotional distress, freaking out, feeling of losing control, knots in the stomach, nausea, increased heart rate, shortness of breath, vomiting and difficulty breathing.

The symptoms vary from person to person because each organism reacts and responds to anxiety differently, meaning that some people might have powerful anxiety attacks, and others will probably only experience mild or moderate anxiety attacks.

There are a lot of medical conditions that share anxiety attacks symptoms. If one experiences an anxiety attack, a doctor should be seen afterward to determine the cause of this attack and help prevent further attacks.

Most of the time, the doctor’s diagnosis is very reliable since anxiety attacks are easy to understand for experts. Who will not mistake most of the time with other medical conditions?

Anxiety attacks in men and anxiety attacks in women do vary a lot. What varies between genders is usually the cause of the attack. Men and women have different lifestyles, and when it comes to the small stressful details, the differences are very noticeable. Stressful and apprehensive situations can usually lead to anxiety attacks.

Stressful and apprehensive situations cause anxiety (fear, worry, expectancy and so on). Apprehensive situations and behavior cause the body to originate a response, which releases hormones into the bloodstream that will end up helping the body deal with the situation and stay away from danger; this is the known fight or flight response and the ultimate cause for anxiety. When we are mildly concerned, the body reacts mildly, and when we are highly concerned, the body generates an extreme response.

The body reacts according to our worry proportionally, and as such, when we are highly concerned, the body’s extreme reaction is very likely to trigger an anxiety attack. Persistent serious concerns can also cause anxiety attacks without going to the extreme degree. These types of attacks are deemed “voluntary” anxiety attacks.

As for phobias, direct contact or exposure to the phobic object would trigger anxiety attacks most of the time. To stop these attacks (or at least begin the process of stopping them), the exposure that served as a trigger should immediately be stopped.

This type of anxiety attack is usually the most complex type to manage since the apprehension and stress come from severe conditions that can cause death. To manage this type of attack, Who can use various available medications. However, it is never good to take care of an anxiety attack with medicine, especially when medical conditions are in the way.

Lack of assertiveness is supported by a significant amount of evidence that points out that those who suffer from anxiety attacks more often than not engage in passive communications and interactions with others. Although passive interactions are polite and respectful, they contribute to anxiety attacks since passiveness is frequently present amongst people who experience panic attacks.

When symptoms of an anxiety attack start kicking in, and it is known that an attack is imminent, it is of utmost importance to quickly act and stop focusing on the attack. Focusing on it will surely make it worse since the attack is directly derived from one’s self anxiety, fear, and stress. As such, the sufferer needs to get things out of his head and stop trying to notice changes after realizing an imminent attack.

The sufferer should find a suitable distraction to avoid the attack if possible. While distracted, the mind will stop focusing so hard on the symptoms or what is causing anxiety, and as such, the attack might be prevented entirely, or at least soften it out.

Suitable distractions for most people would be calling someone or talking to someone physically if possible. It is tough to focus on symptoms or in anxiety will having to talk to someone, since the exercise of the conversation immediately demands concentration, to listen to what the other person is saying, process it through, understand their point, come back with an answer, and keep the conversation going.

If a random conversation about cupcakes or ponies isn’t helping, there is always the possibility to talk about the direct cause of anxiety with someone else. People have different perspectives on things, think differently, and help each other calm down or see things from a different perspective.

While a specific situation can feel like the end of the world for person A, for person B, the same situation can look like a straightforward problem to deal with, with a wide variety of solutions that can help person A. This is why talking about it can help; although still focusing on the anxiety, the person can let it all out and get help from someone else.

Mental exercises can also help prevent anxiety attacks and anxiety in general. Although this doesn’t work for everyone and requires some focus to apply, it can be a lifesaver when it comes to anxiety attacks.

Mental exercises vary, and different people have different solutions. Still, some good examples would be math problems, puzzles, complex tasks, paradoxes, brainteasers, and all sorts of tasks that require heavy thinking and will distract the brain.

As long as the person is not focusing on the anxiety attack symptoms, the consequences or the direct cause of anxiety and stress, the attack can be significantly softened or even prevented in some successful cases.

Another alternative would be to go for a walk. In later stages of anxiety attacks, walking might look like a challenging task. Going for a walk when one is imminent might look like a downright stupid idea to anyone who has been through an anxiety attack. However, it is the opposite of a stupid idea, since walking will get the blood flowing, help control breathing, and get some fresh air will help get the mind off things it should not be thinking about.

Although the attack might still kick in, if the sufferer maintains calm and tries to avoid the anxiety and stress, it is possible to avoid an intense peak. Continuing to walk will help control the excessive energy one might get during an anxiety attack.

There is no way to guarantee anxiety attack prevention after symptoms kick in. Nevertheless, these techniques are simple and will help soften things down. With time and with minor effects from these techniques, the fear of anxiety attacks will not be so intense. The severity of attacks will be significantly reduced since only the condition itself will cause problems and not the attack itself.

With time, step by step, it is possible to reduce anxiety and stress in general in any individual’s daily life, and every step towards this goal is an essential step in preventing and controlling anxiety attacks.

The Effects of Shrooms