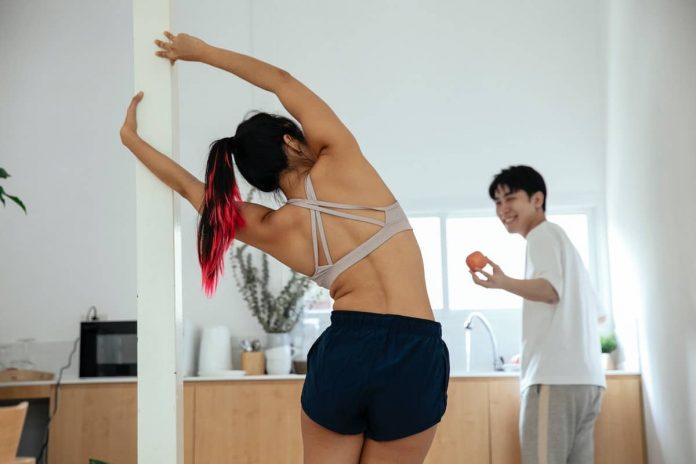 Losing extra weight is something many people seek to achieve. However, the journey of weight loss is usually not an easy one. It takes a lot of hard work, discipline, and determination to shed off the extra dew pounds. In addition, finding a successful diet plan is not easy.

Most people do not know the right components of a healthy diet and may be harming their bodies without realizing it. Going on a “crash diet” without knowing its dangers to an individual’s health is serious. Crash diets are becoming more popular as more and more celebrities’ extreme weight loss stories are published.

What Is a Crash Diet? 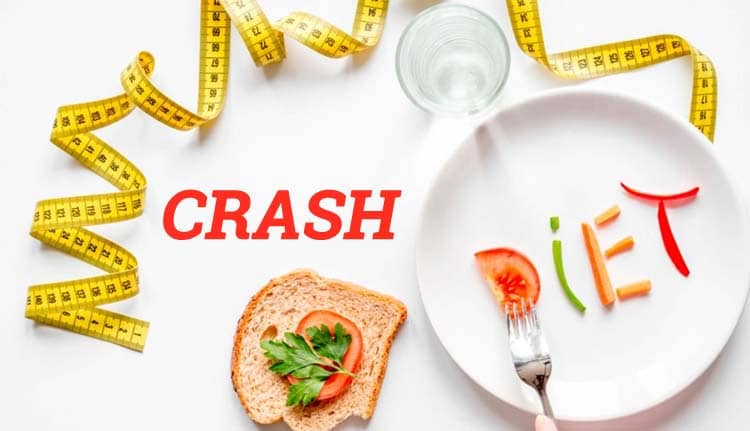 A well-balanced diet depends on supplying the body with an average amount of two thousand calories per day. The diet includes all food elements, such as carbohydrates, proteins, fats, fibers, vitamins, and minerals.

A “crash diet” is a method to lose weight fast in a short period. It aims at reducing the daily calorie intake to as low as 700 calories a day. This is uncomfortable, but it offers the opportunity to lose five to 20 pounds within a few days.

A crash diet does not solely depend on reducing the calorie intake needed daily, but it may include avoiding certain food elements or restricting the consumption of certain food items.

If you are on a diet plan and you have no idea whether it could be considered a crash diet or not, we are introducing the most famous crash diet plans.

Does A Crash Diet Work?

Well, the answer depends on your goal. A crash diet is designed for people who want to lose a specific amount of weight by a target date. In this case, a crash diet is effective, even though it is difficult to implement.

A crash diet is monotonous and severely restricts a person’s daily calorie intake, depriving the body of many nutrients it needs and putting it under a lot of stress.

It is generally not a good idea to go on a crash diet for an extended period. Consuming such a small number of calories daily pushes the body to survival mode. This means the body recognizes it is under starvation and, hence, slows its metabolism.

At this point, to lose weight, you need to reduce your calorie intake even further. You may even start putting on weight again because your body thinks it is being starved and reduces burning calories.

Whether or not a crash diet is effective in weight loss, it is still not good for your health. Depriving the body of essential nutrients harms its equilibrium and organs. Crash dieters have reported problems such as loss of muscle, weakening of bones, weakening of immune system, and heat stress.

Can Peer Pressure Cause People to Crash Diet?

Statistics have proven that only five percent of the world’s population can be considered thin; however, society’s perceptions of beauty pressure individuals into taking drastic measures to lose weight.

Media and the advertising business have changed the standards of physical beauty. Being too skinny is now the default. Women feel compelled to go on diets because they feel they are not pretty or attractive enough. In the fashion industry, women are getting thinner and thinner, which leads many women to starve themselves to look like those models.

The influence of media and the fashion industry has pushed a lot of teens to go on crash diets. Slightly chubby teens are subject to bullying by their peers, and many teens who go on extreme diets suffer from eating disorders such as anorexia and bulimia.

Going on a diet to lose weight is becoming a fad. No one wants to be the only person to finish off their plate at the dinner table.

What Is an Extreme Diet?

Although a crash diet is an extreme form of dieting, it is gaining popularity because of many celebrities who follow it and manage to lose weight. The public usually does not know that these celebrities follow such extreme diet plans because of their lifestyles.

They may need to lose so much weight in a short period for a certain role they will play in a movie. Besides, many of them go on extreme diet plans under professional guidance and supervision. The same cannot be said about everyone else.

Media coverage of celebrity weight loss programs ignores the health risks and hospitalization incidents these celebrities go through. Some people have taken dieting to a whole new level of obsession, where they follow the Tapeworm diet.

This diet involves harvesting a parasite in your intestine to lose weight. Surprisingly, some people would go so far as to fit in with society’s standards of beauty.

Health Tips If You Are on a Crash Diet:

In the end, what matters is that you feel comfortable in your skin. It does not matter whether everyone thinks you are too skinny or too chubby; how you feel about yourself is always more important.