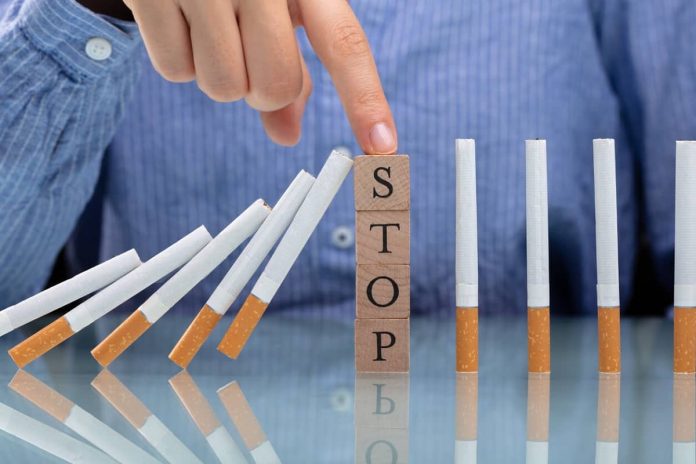 For many people, trying to stop smoking is one of the hardest things they’ll ever do. This is because both tobacco and marijuana are highly addictive drugs that force the brain into wanting more every time the addictive chemical in them is ingested. For this reason, many people who have the best intentions of quitting find that it’s next to impossible. However, while the easy way to stop smoking can be hard to find, it is possible.

Why is it hard to stop smoking? 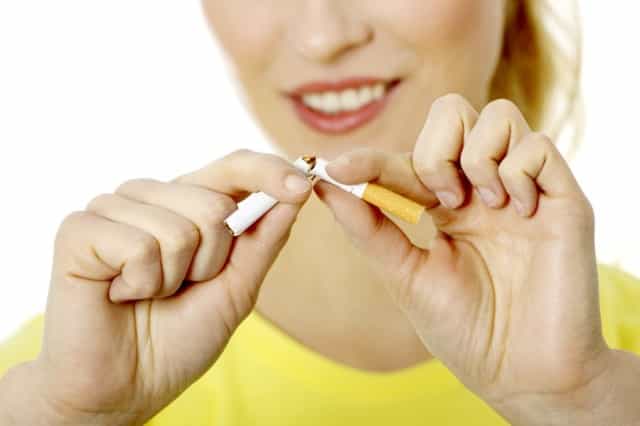 Mark Twain once said that not smoking was easy; he had done it hundreds of times. But, unfortunately, many people who started smoking when they were younger to look cool, hang with the “right” crowd,” or under the misguided belief that it would improve their physical performance or appearance have discovered that it is difficult to stop smoking permanently.

For many years, people believed that not being able to stop smoking tobacco resulted from a lack of willpower. For centuries, it was a common belief that anyone who wanted to stop smoking just needed to quit buying them. But, of course, it was fairly rare for anyone to be motivated to quit until recently.

Smoking was often seen as an activity that helped women “maintain their figures” and helped men to increase their lung capacity. Starting in the 1950s, however, a series of studies began to show that smoking cigarettes led to various health issues, including lung cancer and heart disease.

Marijuana is a drug with many similar long-term side effects and risks, but because of its illegal status and more potent “high,” it’s common for users to consume less. Some believe that this makes marijuana a “less harmful” drug, but few studies support this. What is known is that marijuana can be just as addictive as cigarettes.

This is because the chemicals in both of these drugs activate the part of the human brain that releases dopamine. This is the hormone that allows people to feel happy and relaxed. However, the release of this hormone stimulates that brain to seek out more of whatever substance released the hormone.

Originally, this mechanism evolved so that human beings and other animals would seek out things that pleased them. For example, sugar has a similar effect on the brain. This causes many animals to seek out fruit, which contains a dense concentration of calories and allows them to survive.

However, in the case of tobacco and marijuana, this release of dopamine is much more powerful than what a typical person gets from eating food. That means that people using these substances have a powerful urge to continue to use them.

To make matters worse, as a person uses more and more tobacco or marijuana, they will continue to want more. This results in people who are the most addicted having the hardest time quitting.

How to quit smoking

Almost immediately after discovering that smoking was addictive and harmful, scientists and medical laborites began working on ways to make quitting easier. These solutions were much harder to make than most people suspected, however. In the meantime, many doctors began advising their patients to quit using several different methods. The effectiveness of these methods varies depending on a person’s personality and lifestyle.

The “tip” or “willpower” method was one of the first ways that most doctors told their patients to quit smoking before the invention of other methods. Essentially, this method works by simply deciding to quit smoking and then sticking to it. It is one of the hardest methods to use, but those who successfully quit this way have one of the highest long-term success rates.

To use this method, a person starts by throwing away any cigarettes and joints and then committing not to buy anymore. To stick to this promise, however, many people have come up with many clever ways to distract themselves from their cravings and make sure they don’t fall into the trap of buying more cigarettes or weed. Some of these ideas are:

Starting in the 1970s, several psychologists began to push the idea of using hypnosis to break the addiction. Using this method, a trained doctor can convince a person not to smoke.

Stop smoking hypnosis is not a quick fix to smoking addiction. Despite how it is portrayed in the media, hypnosis is a complicated procedure that is not fully understood. It is believed by many practitioners to alter a person’s brain chemistry so that they become more susceptible to suggestion. However, not everyone is vulnerable to hypnosis, and it can be hard to tell who will be successful with this method.

If a person can be hypnotized, it can take as little as a single session to reduce their craving for cigarettes or marijuana. However, it is important to realize that addiction is a chemical dependency. Therefore, while hypnosis can make people think about the drugless, they will still be chemically addicted. Because of this, hypnosis tends to work best in people who have very little exposure to others who smoke.

On the other hand, a person who packs cigarettes or joints will constantly surround will essentially have the effects of the hypnosis undone in a relatively short amount of time. Therefore, this method is recommended for people who live alone (or with strict non-smokers).

In recent years, the number of smoking cessation on the market has exploded. Originally, people had only one option, a gum that released nicotine when chewed. The nicotine entered a person’s system and allowed a brain to feel that its need for the chemical was satisfied, but with few harmful side effects. This allowed a person to reduce their dependence on the substance slowly.

There are a number of these types of products on the market today. In addition to several dozen varieties, brands, and flavors of gum, several patches, lozenges, candies, and vapors deliver nicotine with fewer harmful side effects. However, it’s important to realize that many people suffer some setbacks when using one of these products to help them quit smoking.

While no one is sure of the exact cause, it is believed that gradually stepping down leaves a quitter vulnerable to starting back up again under the belief that it’s only a small amount of tobacco, and they can resume the program the next day.

There are no similar products widely available for people who want to stop smoking marijuana. This is because this substance is illegal in most states, and the sale of the addictive chemical is expressly banned.

However, some people have discovered that using strains of marijuana grown specifically to have a lower amount of THC helps them wean off of the drug similarly to nicotine products. Since these strains are manufactured for medical purposes, it is possible to find them in most places where marijuana is legal.