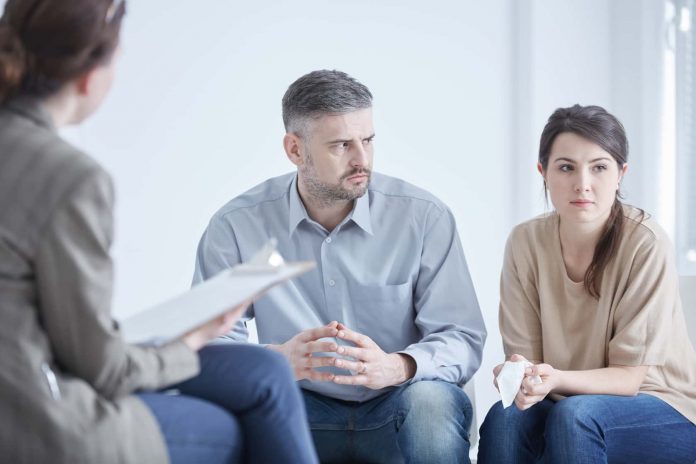 Interpersonal therapy definition: It involves the treatment of patients with depression. It focuses on past and present social roles within the realm of interactions. The therapist bases the treatment area on one or two patient problem areas. Some examples would be disputes between family, friends, and co-workers. The areas of grief and loss are also included. And life role transitions like divorce or retirement are also examined.

The Two Types of Interpersonal Therapy 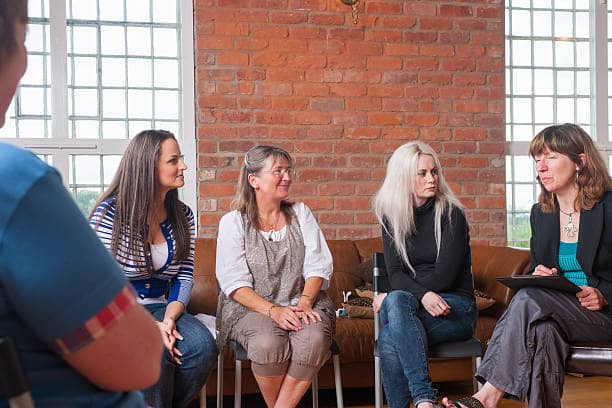 You may ask, what does interpersonal mean? The interpersonal definition is described as of or relating to the interactions between individuals.

There are two categories of interpersonal therapy for depression. The first is short-term treatment related to a depressive episode. In this case, weekly sessions with a therapist occur for two to four months. Once the symptoms subside, the treatment ends.

The second form of interpersonal psychotherapy involves long-term maintenance. Monthly sessions may take place for a period of two to three years. The idea is to prevent or reduce future episodes of depression.

What is interpersonal therapy? Interpersonal therapy (IPT) originated in 1969 at Yale University. Dr. Gerald Kierman teamed with Dr. Eugene Paykel. They developed a test designed to measure the effects of an antidepressant as ongoing treatment of ambulatory non-bipolar depression. Who did this with or without psychotherapy?

For the last 20 years, IPT has been the subject of various studies. It has been proven to treat patients battling depression successfully. Who had modified the process to combat other psychiatric disorders like substance abuse, dysthymia, and Bulimia?

A 1989 study by the National Institute of Mental Health found that interpersonal therapy effectively treated depression during the first six to eight weeks of treatment. In addition, one could expect improvement in psychosocial function after 16 weeks.

IPT has been proven to be effective in treating patients with the following disorders:

The typical symptoms of bipolar disorder are elevated mood, sometimes followed by periods of depression. The elevated mood is called mania, and it often results in a feeling of over-the-top happiness, extra energy, or being irritable. During this time, the subject will be prone to making ill-advised decisions resulting in dire consequences. Suicidal behavior can also be a problem. Their outlook on life can be taken over by negativity. They can additionally be inclined to abuse drugs.

Treatment for bipolar disorder can involve psychotherapy, including IPT, mood stabilizer or antipsychotic medications. Mood stabilizers used in treatment include lithium and anticonvulsants.

At times, persons in treatment may require hospitalization against their will due to extreme antisocial behavior and a refusal to seek treatment willingly.

When a patient has severe behavioral problems, short-term benzodiazepines or antipsychotics can help manage the disorder.

When a patient is a prisoner of the disorder, they can have social, financial, or work-related problems. Also, the risk of death from natural causes is twice as high for those with bipolar disorder.

People who have Bulimia, an eating disorder, binge eat and then follow this by purging the food from their systems either by inducing vomiting or taking a laxative or stimulant. They are obsessed with keeping their body weight down.

People living with Bulimia may engage in fasting over a long period. The disorder can lead to potassium loss, health hazards, and bouts of depression, as well as the potential for suicidal behavior. Many Bulimia also has psychiatric disorders that can treat with IPT methods. They include anxiety, impulse control, and substance misuse. Other associations can be impulse behaviors like overspending, excessive sexual behavior, and alcohol and substance abuse.

Women constitute 80 to 90 percent of the people who have Bulimia. Adolescents are most at-risk. A survey of 496 teenage girls found that 12 percent had some form of an eating disorder by the time they reached the age of 20.

Postpartum depression (PPD) is a clinical depression that women suffer from after childbirth. The symptoms involved include sadness, fatigue, altered sleeping and eating habits, lack of interest in sex, crying, plus anxiety and irritability.

The exact cause of PPD is still unknown. Many women can recover after participating in support groups or counseling sessions.

The Edinburg Postnatal Depression Scale is a 10-item questionnaire used to identify women who have postpartum depression. Items and symptoms compiled in the list include feelings of guilt, sleep disturbance, low energy, and suicidal thoughts. The higher the score, the greater the likelihood the patient has PPD.

The basis of major depressive disorder diagnosis relies on factors that include the patient’s reported experiences, family members or friends doing the same, or in some cases, a mental status examination. The disorder most likely occurs in the ages between 20 and 30 years old, with a later peak at 30 or 40 years old. There is no lab test for major depression.

For most people with major depressive disorder, treatment can involve antidepressant medication and forms of counseling, like cognitive behavioral therapy or IPT. When self-neglect or harmful behavior is involved, hospitalization may be necessary.

A minority of patients may be treated with electroconvulsive therapy, which is when electrically induced seizures are prompted to cause relief from psychiatric illnesses. Treatment is usually given two or three times a week until the patient is better.

The running time of the disorder varies. It could be one episode lasting a few weeks to a long-term or lifelong disorder with major recurring episodes.

Cyclothymia is a type of mood disorder that is considered to be a milder version of bipolar disorder. Typical symptoms are several mood disturbances and periods of hypomanic symptoms alternating with bouts of depression.

The diagnostic criteria for cyclothymia are that a patient must exhibit an alternating pattern of highs and lows for at least two years. For children and adolescents, the period must be at least a year.

Cyclothymia is not nearly as common as bipolar disorder. The patient has to have mood swings minus a highly depressive episode. If the patient has more episodes of progressive mood swings, Who could upgrade their status to bipolar or bipolar II disorder.

There are similarities between bipolar II and cyclothymia in that signature hypomanic episodes occur. Due to hypomania being associated with creative, outgoing, and high-functioning behavior. Usually, it is the depressive behavior that prompts treatment.

Family therapy is a branch of psychotherapy that involves working with families and couples to change and develop within the family group. It stresses family relationships as being very important in terms of psychological health.

A consensus among family therapists is that identifying the cause of a problem and involving the family in the solution will benefit the patient. In therapy, the family commonly becomes involved in sessions.

In the early years, the family was defined in narrow terms. It has been expanded to include long-term relationships among people who may or may not be related by blood or marriage.

In terms of family therapy, the number of sessions depends on the situation, but on average, there are between 5 and 20. Several family members meet with the therapist, and the focus is generally on the relationship patterns rather than early childhood traumas.

Family therapists are relationship-oriented. They are focused on what happens between individuals rather than within one or more individuals. Family therapists want to be involved with the maintenance and solving of problems instead of attempting to identify a cause. A circular method of problem-solving is used over a linear route to identify patterns of behavior, causes of the behavior, and what can be done to rectify the situation.

Edward is constantly fighting with his wife. Therapy sessions reveal that he feels neglected since his wife has taken a job outside of the home. When he discovers the relevant emotion is hurt rather than anger, Edward can examine the problem.

Edward is feeling neglected by his wife. His reaction is anger and sarcasm. His wife reacts negatively. Calmly, using interpersonal therapy techniques, Edward expresses his anxiety and hurt at not being important in his wife’s world. Now it becomes easy for his wife to react with reassurance and a nurturing disposition.

Strengths and Limitations of IPT

IPT seems favorable for patients who find dynamic therapy mystifying or those who find cognitive-behavioral therapy’s homework demands daunting. Interpersonal therapy has been modified for adolescents who might find the methods of CBT too much like schoolwork.

For general psychiatrists, a limitation of IPT seems to be that it has not been modified to include management of psychoses in the manner that CBT does. Face-to-face therapy requires individuals to show up for pre-arranged therapy sessions. No homework tasks are involved with IPT, but a re-enactment of past negative feelings and danger of emotional harm exists.

Studies have concluded little difference in the effectiveness of CBT and IPT. Even when a placebo is introduced into the study, there is no significant difference in results.

Relaxation Techniques For Kids and Teens

The Power of Positive Thinking