The perpetrator wants you to believe you’re irrational or emotionally unstable, and so manipulates and questions your judgments and emotions until you start to wonder if you really are unhinged. Some people unintentionally gaslight, so if you confront your partner in a calm and clear way then you may find that there’s a chance to change the dynamic through honesty and hard work. However, if your partner consistently denies any possibility of wrongdoing, it’s time to think about moving on. Here are eight of the most common signs of gaslighting.

In the early stages, it’s easy to view a gaslighting incident as an anomaly. For example, when your partner moves from being abrupt or controlling to acting as though nothing is wrong, you might chalk it up to a miscommunication or their hard day at work. In addition, when your partner blames you for objecting to mood swings or unfairness, you’ll then find yourself making what feel like excuses for your reactions—even though part of you also believes you are being reasonable.

If you’re a victim of gaslighting, it’s highly likely that you will have lost touch with your instincts (due to constant reinforcement of the message that you are always wrong). You will probably experience underlying unease that alerts you to the fact that something isn’t right, but you may struggle to identify exactly what is wrong and may put your discomfort or sadness down to being “an over-sensitive person.”

3. Arguments are redescribed to fit your partner’s narrative

After an argument, a gaslighter will often ensure that you are fed a narrative according to which you were primarily at fault. At its most extreme, this can involve your partner telling you that you said things you can’t remember saying, or redescribing their own words to render them inoffensive (suggesting you over-reacted). Some gaslighters will flat-out deny that there even was an argument, redescribing it as “just teasing” or “an amicable discussion.” This leaves you once again wondering if it’s your own sensitivity that made you feel so agitated. 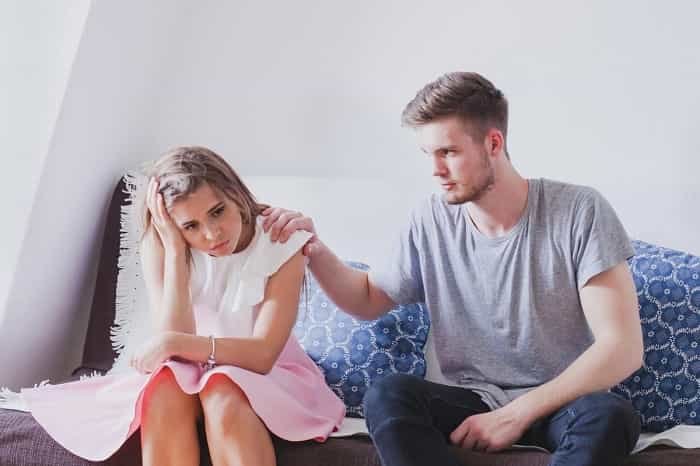 You will find yourself apologizing with increasing frequency, ensuring your partner remains the “victim” while you are forced to carry all responsibility for every problem in the relationship. At first, you might do this to appease your partner even when you know you’ve done nothing wrong. However, later you may start to think you really should be apologizing all the time.

5. You lie to avoid more torture

Just as victims of gaslighting sometimes start doling out insincere (or partially insincere) apologies to restore the peace, it’s common to end up lying in order to avoid confrontations. You may agree with demeaning descriptions of yourself or your abilities, say you agree with your partner’s twisted account of an argument, or pretend you’re feeling fine when you’re still miserable or seething—all because you’re just too exhausted to deal with any more mental torture.

6. Your partner is diagnosing you but discourages treatment

Some people who gaslight will go as far as diagnosing their partners with a mental illness. You might be told that your so-called sensitivity is all down to a major anxiety disorder you’ve “always” had, chronic stress, or even paranoid delusions. These accusations may be paired with pious claims that you should “get help” and yet this compassion is often mere posturing. Such partners rarely want you to seek professional advice, for fear they’ll lose control of you once you hear an opinion that contradicts their own.

7. You feel paralyzed when making decisions

When you’re constantly encouraged to doubt yourself, it’s no wonder you end up unable to make even simple decisions. Your partner may have told you that you’re saying or doing the wrong thing so many times that you lose any faith in your own competence. Often, this has the convenient side effect of providing your partner the power to control everything about your relationship and home.

People who experience gaslighting in their relationships sometimes say that they barely recognize themselves. Whether they’re constantly suppressing anger, feeling depressed or lacking self-confidence, they vaguely sense that they used to be happier, calmer, and more fulfilled. However, gaslighting is so overwhelming that you might even doubt these memories of a better past, or you may believe that your personality changes are actually the root cause of your partner’s challenging behavior (instead of the result of it).

If you think you’re a victim of gaslighting, encourage your partner to go to therapy with you. If your partner is unwilling, consider going by yourself in order to get a clearer sense of what’s really going on, and to acquire support in making decisions about the relationship’s future. As noted at the outset, some gaslighters will change and grow as they begin to understand the truly awful impacts of their behavior. The main thing to remember is that you shouldn’t have to live with constant doubts about the validity of your thoughts, feelings, and perceptions—and, if necessary, it’s worth walking away to get the treatment you deserve.