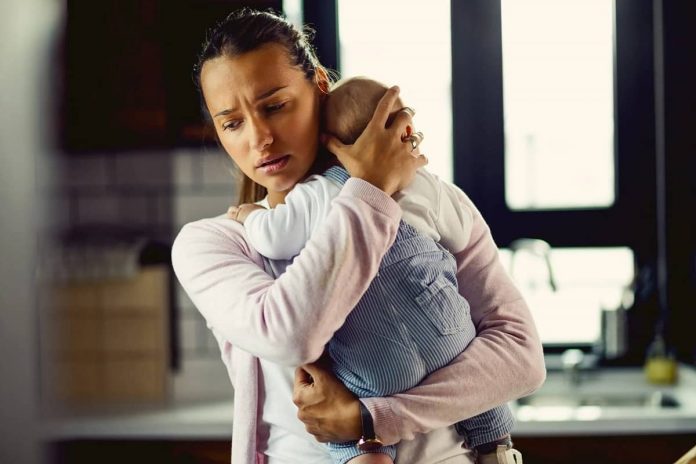 It is estimated that about 9 to 16 per cent of postpartum women will experience postpartum depression, and among the women who have previously experienced some depression in a previous pregnancy, about 41 per cent will go through a type of depression in future pregnancies. 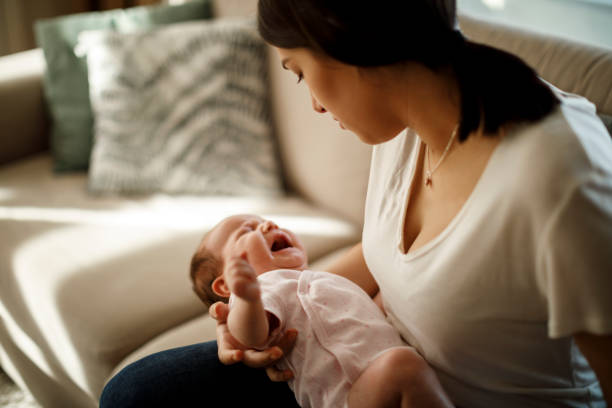 Cause of Postpartum Blues

After delivering your baby, there are rapid changes in your body. Your milk comes in, your hormone levels drastically drop, and you are typically exhausted from the pregnancy and the delivery. Along with the physical changes your body is going through, there are also emotional changes.

Whether this is your first baby or you have experienced childbirth several times before, it is common to feel anxious about your baby’s well-being, adjusting to a new routine and the transition into motherhood; these new responsibilities can become overwhelming.

The symptoms of postpartum blues vary from one person to another, but they do not interfere with your daily functioning, and the symptoms will usually subside within two weeks. The symptoms may include:

The main source of treatment for postpartum blues is rest and family/friend support. The symptoms of postpartum blues will go away independently, so there is no need for medical treatment. Reassurance and sleep will help to relieve the symptoms. Sleep deprivation and fatigue can make the symptoms feel worse, so it is important to rest every chance you can. Even if you only get a ten-minute nap while your baby is sleeping, you will feel better.

The days and weeks following the birth of your baby can be exciting and joyful as well as overwhelming. It is common for women to experience mood changes following childbirth. These mood changes can include feelings that come with the mild symptoms of postpartum blues to a longer-lasting, much deeper type of depression known as postpartum depression.

Postpartum depression is often more difficult to diagnose because some of the same symptoms are associated with postpartum blues, such as problems sleeping, fatigue and slight anxiety. However, some new mothers experience these symptoms and feelings of sadness or exhaustion that last longer than two weeks or do not experience these feelings until several weeks after giving birth.

Although the signs and symptoms of postpartum depression typically begin about two to three weeks after giving birth, they can start anytime during the first year following childbirth.

Postpartum depression is caused by a fluctuation in hormone levels that affect your energy and mood. There is also a significant decrease in progesterone and estrogen levels but a decrease following premature delivery. Many women also have a decrease in their thyroid hormones.

This sudden shift in your hormones can significantly affect the mood chemistry in your brain, which leads to a low mood, sadness and a lingering depression. Along with this sudden change in estrogen, progesterone and possibly thyroid hormones, there is also a change in your stress hormones, affecting your mood.

The majority of women experiencing symptoms of postpartum psychosis know that something is wrong, but only about 20 per cent of them will talk about their concerns with their healthcare provider. It is common for women with postpartum psychosis to think that the symptoms they are experiencing are those of postpartum depression. Some women also fear that their symptoms will be misdiagnosed as postpartum depression or that they will be deemed a bad mothers if they voice their concerns.

It is extremely important to know that experiencing the signs and symptoms of postpartum psychosis does not make you a bad mother, nor does it mean that you have no concern for your baby. It is a serious illness that is brought on by giving birth, and without medical treatment, the consequences of postpartum psychosis may result in tragedy, including the possibility of suicide and infanticide.

In some cases, the women may be unable or unwilling to speak with anyone about the symptoms they are experiencing, so it may be necessary for a spouse, a close friend or a family member to encourage the woman to get help. Treatment is available for postpartum psychosis, which typically consists of medications, such as antipsychotics, anti-anxiety medications and antidepressants.

If the woman appears to be a threat to herself, her child or others, she may need to be hospitalized for a brief period. Counselling and individual and group therapy are extremely beneficial for many women experiencing postpartum psychosis. If you are suffering from the symptoms of postpartum psychosis or you know someone who is, it is crucial to seek medical attention immediately.

It is more common to experience sadness and depression following childbirth than many people realize. It is also important for new mothers and their loved ones to understand the symptoms of postpartum illnesses and reach out to spouses, family, friends, and medical professionals for help. It cannot be stressed enough that simply because a new mother is experiencing a form of postpartum depression, she is less of a mother, nor does it mean that she does not care about herself or the well-being of her child.