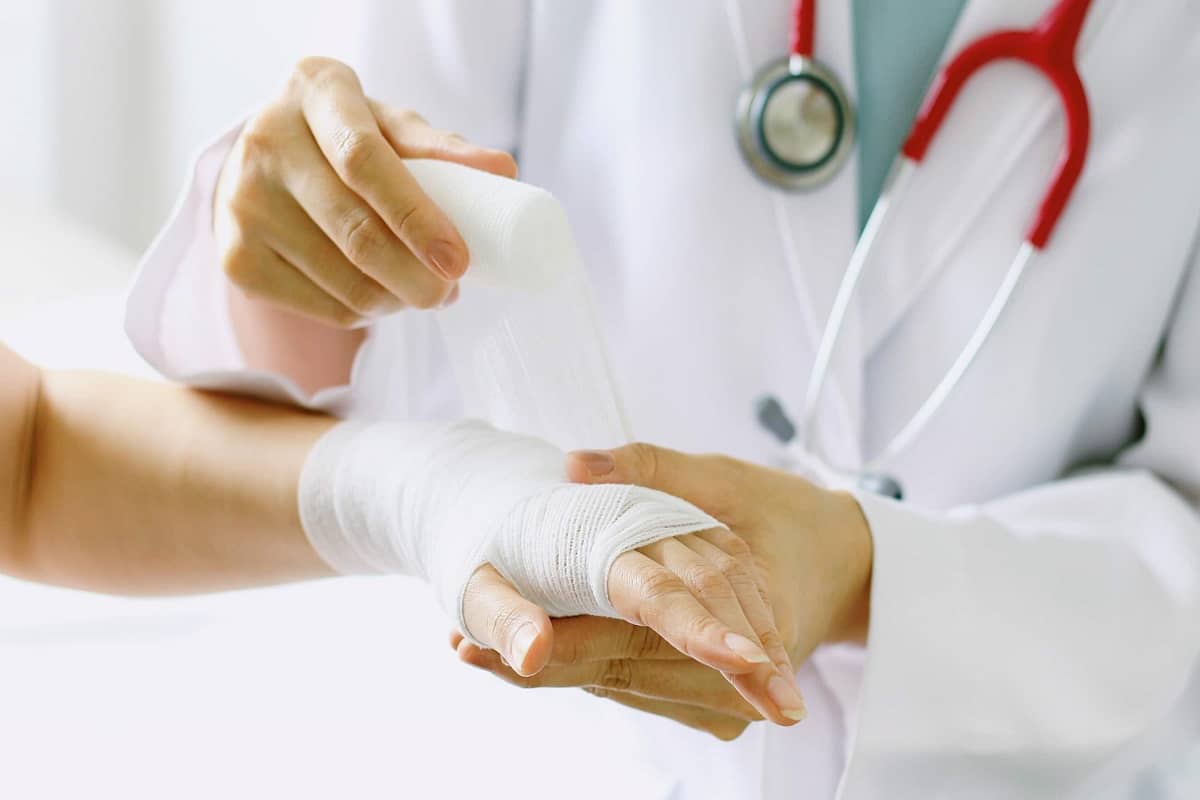 You’re busy cleaning up the family computer on a Sunday morning, and before you purge the cache on the browser software, something makes you want to check for an address on the culinary street. However, before you can type the entire word into the search engine page, it gives you options on cutting, cut yourself, cut method, how to cut yourself, and more. The only other user on the computer is your teen.

Self-harming  and self-mutilation is not a new fashion trend, despite what school leaders or religious leaders in a neighborhood might portray. It’s been an issue that’s been around for a long time. Unfortunately, because it doesn’t seem to follow common sense, most parents’ first reaction is confusion and fear. 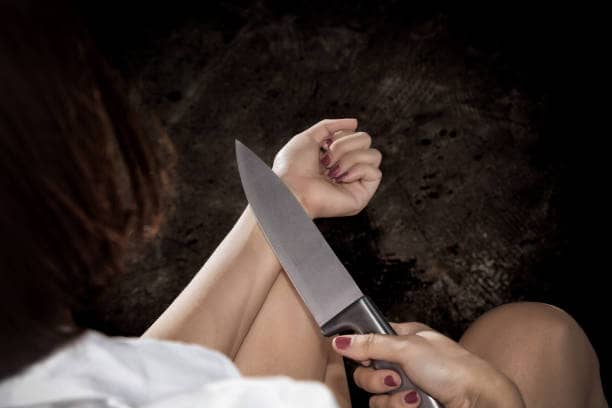 The practice of cutting is essentially a mild form of self-injury and is found in pre-teens and early teens up to age 14. It involves minor lacerations or cuts that look like severe scratches on the skin. Cuts will generally be in the forearms or the upper leg area on the thigh.

It’s usually done in secret and privacy, and only the dried-up wounds show the evidence. Some psychology experts note that its a lashing out or way for teens to balance out emotional pain, and others argue it’s more of a personal lashing out at the world.

Unfortunately, despite the media using movies to make people more aware of the problem, the opposite has occurred, and more teens are trying cutting instead or at least looking it up to find out more.

Today, Who can find cutting in just about any school if students are asked about it. They have awareness and, while they won’t admit themselves in most cases, they are aware of someone who has been involved.

The issue was prevalent enough 20 years ago for some city schools to set up programs in hospitals to target the behavior and stop it from growing.

Psychologically,  when someone is trying to find out how to cut yourself without it hurting , it’s not for games or fun. The person is trying to manage internal and mental pain somehow, and the outward manifestation of self-harm can be a balancer.

The pain inside becomes outside physical pain, which can be felt physically and then addressed physically. In a sense, by cutting, the person goes through a catharsis of feeling and releasing hurt and then recovering from it. Unfortunately, that behavior can also become addictive. This is not a foreign idea.

Pain for release of frustration and mental hurt is commonplace, believe it or not. When people go to the gym or weightlifting to work out their problems and relieve stress, they perform a similar practice. “Work till it hurts,” “No pain, no gain,”

“Lift until you drop” are all phrases of pushing the body until the pain is felt, and the following exhaustion is supposed to be a relief and release. However, while gym workouts are acceptable, self-cutting is not socially or personally healthy.

The overt display of cutting and self-harm may very well be signals of trying to get people’s attention. Much the same way that Sid Vicious from the Sex Pistols used  overt arm cutting  as a way to project his rebel and punk image, cutting today can very well be message-sending, just like wearing a t-shirt with a political message on it.

Teens and pre-teens being evident about the behavior are likely angry about something, and one of the best approaches is to sit them down and calmly get to the bottom of it. Cutting but hiding it is a much more severe matter.

When a child self-cuts in secret and then hides it, they know its not appropriate or healthy behavior, but they are still engaging in the act for a specific reason: Who can’t share openly. It’s often due to some more significant, more profound harm that has occurred.

These types of hurts can be expected, especially in the early teen years when kids are highly susceptible to what their peers say about them, their body image, self-confidence, and peer pressure. Girls generally react more than boys in this regard, but cutting and hiding it is not gender-specific.

First off,  finding cuts on a teen’s body needs to be distinct.  A singular cut does not suddenly mean a teen is self-harming. Cutting behavior usually manifests is a series of minor cuts, generally in the same direction with parallel or close patterns. They are generally in one part of the body and not all over.

They may also spell out words on the body, like a crude label. The teen may first try to brush it off as an animal scratch or fence scratch. The behavior is also usually combined with significant mood change, especially in teens that previously were far more energetic and are now suddenly inward and quiet.

Secondly, cutting is not a virus or cold that comes; it peaks and then goes away. It is a mental issue that can generally increase over time. It could stay and then disappear for good or recur every time a person feels stressed, periodically appearing.

As noted earlier, it can also be addicting to a teen as a mild form of endorphin release internally. The cuts may be light, just enough to break the skin and decorative, but they are enough to be felt, and that can trigger a release in the brain that makes a teen feel better, as odd as it sounds.

Why Cutting to Feel Better?

Psychology has been very familiar with acts of pain to generate endorphins in the body. As discussed above, this type of behavior can manifest in several ways, and some are accepted in society, such as in sports and fitness.

Because of the connection with endorphins, many psychologists see the link between self-cutting and trying to release pain and offset it with something that makes a person feel better. However, it’s also a signal that a person has a deep-seated issue that needs to be addressed, and self-cutting is just a temporary pressure relief for it.

Self-cutting can be significantly detrimental because a teen gets stuck in a rut with it and doesn’t try to develop better internal skills such as problem-solving and tolerance. Instead of mentally learning how to deal with challenges or upsets, the teen still looks to a physical pressure valve activity and gets stuck doing it again and again.

Also Read: How to Hide Cuts and Heal Self-Harm

Even with endorphins, cutting doesn’t solve the underlying problem, so the activity has the potential to keep recurring and get worse for more relief. Ergo, the cycle of more harm occurring.

However, the cause of teens looking up “how to cut yourself deep” or some similar search team can be very familiar. It can result from a severe first relationship breakup, rejection by peers or a particular person, physical or social ridicule at school, or even problems at home. It’s surprisingly common that teens are not allowed to be emotional at home, so they look elsewhere for a way to vent.

Reaction and Reaching Out

Confusion in parents when finding out about self-harm is also common. It doesn’t make sense, nor does the behavior seem logical. Parents start to yell logic through their children, which only makes teens clam up and go defensive rather than explain themselves.

Assumptions that a teen is going suicidal is also expected and often mistaken. This immediate gut reaction to the issue can explode far more significantly than it needs to be.

The parent drags the teen to the ER, the doctor sees a combative teen with self-harming activity and prescribes psychological treatment, and soon enough, the teen is on a regimen of mental drugs that they didn’t need. The underlying issue is not solved, and instead, pharmaceuticals are covering up the teen’s persona.

Instead, the better approach is for a parent to calmly make a teen aware that they know about the self-cutting or interest in it. This is not the time to start searching the arms and legs of the teen. Instead, it’s the moment to have a serious talk and make the time for it as well.

Get the teen to open up and explain what’s happening to them socially, mentally, physically, and privately. If one can do that, it’s often the linchpin that can stop the self-harming behavior and start the process of building mental problem-solving defenses adults already have.

No matter how many ER visits, doctors, or yelling lectures a parent does, almost all are useless in stopping a behavior driven by mental conviction.

The teen has to want to stop self-cutting. And that means identifying and dealing with the underlying problem, whether it be anger, hurt, body image, self-confidence, or similar. That’s a parent’s job, not a doctor’s.