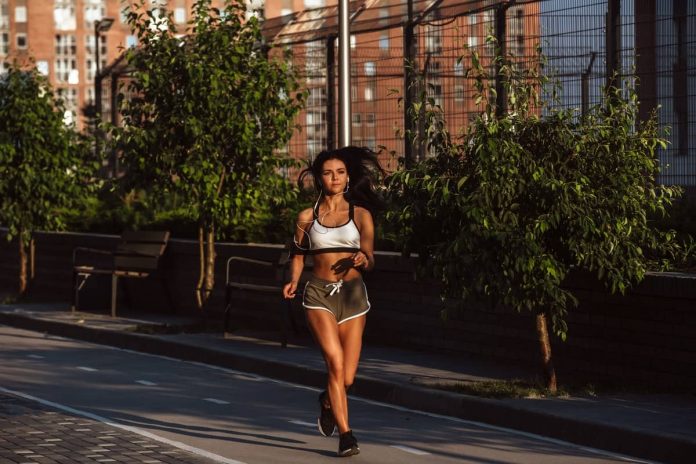 A few weeks ago, I was quite literally forced to go jogging. It’s never been my favorite thing, as I am pretty damn awful at it. A few years ago, I made a point of going jogging three or four times a week for an entire year to improve, only to find that I didn’t—not one single bit. I scorned the articles that told me you should be jogging your whole route in next to no time if you walked and jogged for equal ratios, gradually decreasing the amount of walking time. That never happened to me. 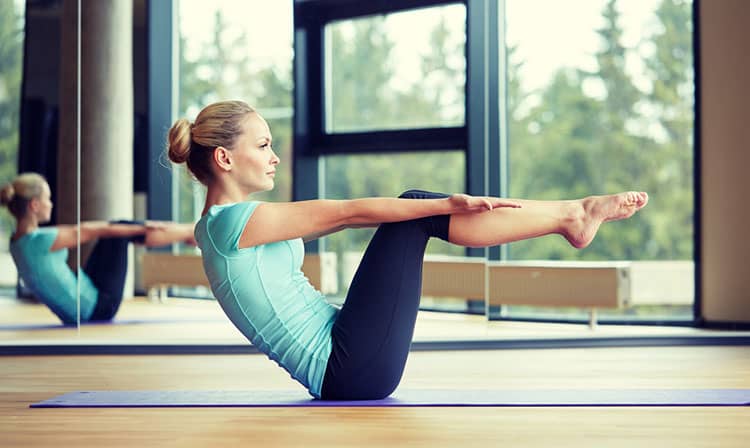 Using interval training to progress was another thing I tried. I went all out with Tabata training. A whole workout in 4 minutes—what’s not to love? I’d run as fast as I could for 20 seconds and then slow jog for 10 (or more likely walk, bent forwards and breathing heavily for the last few rounds), repeating the arduous process a total of eight times. Did I improve my thirty-minute 5k jogs (definitely not runs)? No, I did not.

Even those initial ten minutes of jogging would make my chest seize up with pain. I tried to do the whole breathing evenly thing, but that’s the last thing you can do when your chest aches and you’re straining to breathe. In those circumstances, the sole thing to do is to walk until the pain subsides, and I always found it so deflating to start walking within ten minutes. Even my unfit, non-exercising friends were better at jogging than me.

I blamed it on my body type until I saw an article that said my petite height and frame were perfectly suited to sumo wrestling. What did I do? I gave up jogging, of course.

How Pilates changed everything

About a month ago, I was quite literally running late to teach a Pilates class. I don’t know what prompted me to jog instead of reaching for my bike, but crazily enough, that’s what I did. I hadn’t jogged for two or three years unless you count the infrequent five, excruciating minutes to the local park so that I could then happily press up and lunge instead.

It was a balmy summer’s day, I knew I could jog and walk it in twenty minutes anyway, so I decided to do it come what may. I had a mild (but most definitely present) stitch in the first few minutes. After that, I didn’t have time for a stitch! I stood up tall to lengthen up the sides of my waist and improve my posture—a trick learned from Pilates. I thought about engaging my core by tilting my hips forward a fraction instead of bracing my abs or clenching my butt.

Sadly, I had seen my reflection in shop windows years before and was always surprised to note I was leaning ever so slightly forwards even when I presumed myself upright. I knew shoulders should be stacked over hips, but they felt so uncomfortable there I couldn’t do it no matter how hard I tried. They were nearly there but not exactly on top.

I strode firmly on in this position, and do you know what happened? I got rid of my stitch for the first time. Within just a couple of minutes, it had disappeared, never to return. I had no idea how much good posture would change things. I certainly didn’t think having a solid core would help me either.

I wouldn’t say I like to boast, but hey, I’ve got pretty good abs. I think it’s genetic, as I don’t have to work hard at maintaining my abs. Before you all roll your eyes, many other areas require effort. All of them do! However, my point here is that I assumed my core was strong. Now, I think my outer abs were intense, but the inner set—the traverse abdominals—needed strengthening up, and that process has given me the strength to jog in an upright position.

This also means no killer chest to contend with. I jogged the whole fifteen minutes to my class without the merest hint of a walk, and the same was true when I jogged back a couple of hours later. Elated and presuming it was a one-off, I’ve been for three thirty-minute jogs since. As it turns out, they have been an absolute pleasure, which is something I never thought I’d say. Pilates, people—give it a go!

Relaxation Techniques For Kids and Teens

The Power of Positive Thinking