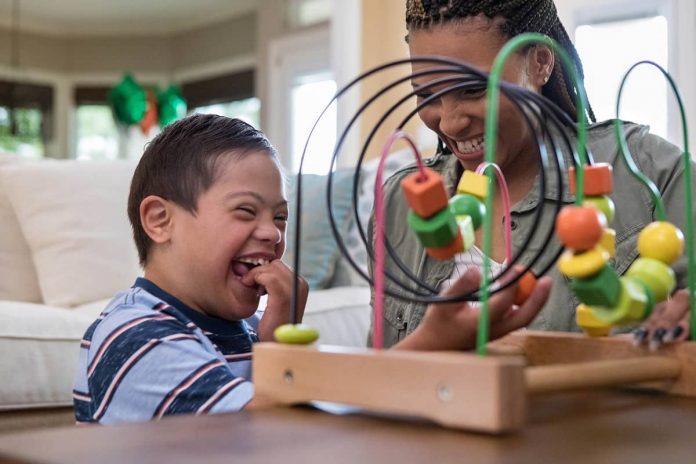 Some individuals may have a very mild case of Downs’ but have other health conditions that are extremely severe, and vice versa. Those who do not have any experience with Down Syndrome patients should understand several Down Syndrome Facts.

What Is Down Syndrome 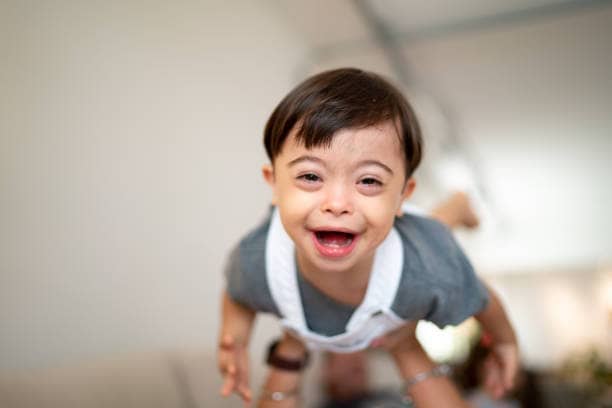 Down Syndrome is a genetic disorder in which the body has an extra 21st chromosome. It is the most common cause of developmental and intellectual delay in the world. Children born with Down Syndrome may not show outright physical signs of the disorder. If it is considered a possibility, genetic testing is used to either rule or confirm the diagnosis.

Dr. John Langdon Down from England was the first to identify and categorize the features associated with the condition. Down Syndrome is named after the doctor who dedicated his life to his patients.

Health Facts on Down Syndrome

The physical characteristics of a baby are often the first indicators the child may have Down Syndrome. Other signs and symptoms include:

Hypothyroidism is the most prevalent type of thyroid issue Down Syndrome patients face. Hypothyroidism is a condition where the thyroid gland is extremely low functioning, causing weight gain and excessively dry skin and hair.

Down Syndrome children are often diagnosed at a very early age with vision problems. Over 50% of Downs children have cataracts, farsighted or nearsighted vision. They may also have hearing problems. It is recommended that a child with Downs have both their hearing and eyesight tested early.

Because Down Syndrome is one of many genetic disorders that can discover through prenatal screenings, parents can abort the child if they are known to be a Downs baby. It is estimated that every 9 out of 10 pregnancies end in abortion when parents are notified that their child will have Down Syndrome.

Children with an extra chromosome are not necessarily “broken”. Many can function quite efficiently in the world and are quite intelligent despite their many physical differences.

There are several interesting facts about Down Syndrome. 5,000 Down Syndrome babies are born every year in the United States. One of the biggest and most dramatic changes in Down Syndrome is their life expectancy. In 1983, a Downs patient was expected to live only 25 years.

Today, advancements in health care and technology have increased that number to 60 years. The positive outlook on life and better general health care are two of the biggest influences on their lifespan.

There are many fun facts about Down Syndrome. Almost all children with Down Syndrome experience some degree of cognitive delay. While this is more severe in some cases than in others, it brings a sense of innocence that keeps Down’s children very curious and easygoing.

Children who have Down Syndrome are extremely friendly and, unless taught otherwise, will have very few enemies. They rarely perceive themselves as weak or different and strive to be as much like everyone else as possible.

A child or young adult with Down Syndrome will try exceedingly hard to excel at whatever they do. Most do not feel as though they are different in any way, and those that do, often feel that way because they have been taught from an early age that they are not like everyone else.

Down Syndrome Facts for Kids

While children with Down Syndrome must be careful of their activities because of their other health conditions, many are allowed to play sports and perform various physically demanding activities. Each child should be evaluated on their health and mental acuity and allowed to attempt various activities.

One of the most positive ways Down Syndrome kids can be role models is through acting. Several of the most famous are:

Each of these actors and actresses has embraced what others perceive as a disability. The fact that Down Syndrome makes them different does not make them inferior or less. This is true for all individuals who are affected by the condition.

A person with Downs who is very high functioning can handle almost any type of work if given the proper training and the time to acclimate to the environment.

Because of their easygoing disposition, it has been proven that a person with Downs normally works very well when allowed to interact with the public. A good example of this is Tim Harris.

Not only does Mr. Harris have Down Syndrome and work with the public, but he also owns and operates a small restaurant in Albuquerque, New Mexico called Tim’s Place. The restaurant is known for its excellent food, the friendliest atmosphere, and the best hugs.

Myths About Down Syndrome

There are several Down Syndrome facts and myths that people believe based on only a few cases. For example, first and foremost, not all Down Syndrome patients are mentally impaired. While they may have learning disabilities and delays in cognitive and developmental areas, they are not what the medical community sees as “mentally retarded or handicapped”.

The word “retarded” is no longer acceptable in medical and social circles when discussing conditions involving mental health issues. Mental health professionals believe that the word “retard” and any of its variations is extremely derogatory and should no longer be used when discussing individuals who have mental handicaps or are otherwise challenged by behavioral problems and conditions such as schizophrenia Alzheimers and dementia. This is also true for individuals who have moderate to severe learning disabilities.

Individuals with Down Syndrome who are high functioning are very capable of living independently. They can hold jobs, marry and participate in various types of recreational activities.

While those who have the most severe cases of Down Syndrome must live with a caretaker for the rest of their lives, Down Syndrome facts suggest that they are quite capable of learning. When provided with the right opportunities, each person will be able to excel to their fullest potential.