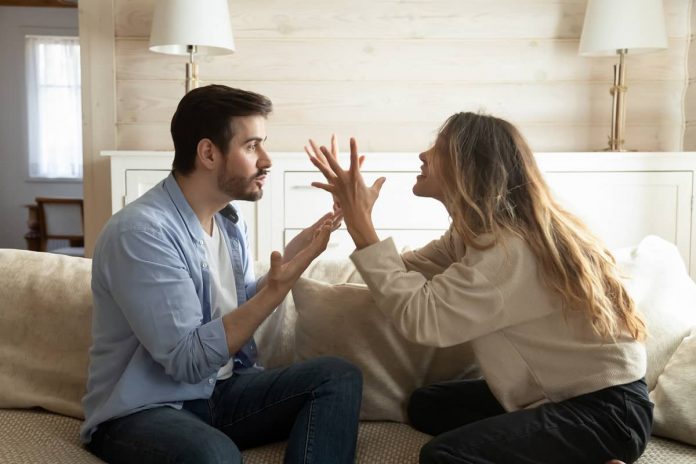 Reading the statistics gathered by the UN, it is easy to recognize the power men hold over women on a national, cultural and familial level. This masculine and powerful stereotype of men perpetuates power-hungry behaviour and dictates the way men perceive themselves and women.

Regardless of whether the controlling men exerts this power from a place of arrogance or insecurity, his actions often take an enormous toll on the woman’s psychological state.

In fact, according to Spring Tide Resources, women report that emotional abuse affects them “just as much, if not more than physical abuse.” Unfortunately, 35 per cent of women who are married or in common-law marriages have experienced emotional abuse in the United States. And tragically, this often turns into 29 per cent of physically abused women.

It seems no country escapes these statistics. According to the Domestic Abuse Shelter organization, in every statistically reliable country, anywhere from 10 to 50 per cent of women report being physically abused. 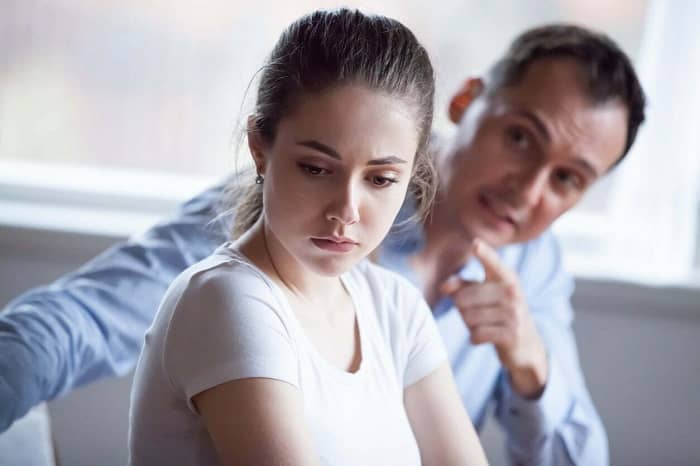 According to The Centre for Children and Families in the Justice System, the most common characteristic of abusive men is their need for control. Perhaps your partner is exhibiting difficult behavior. You’re wondering, why does he do that? It’s important to catch this behavior early and take action. Often, women are tenderly conditioned to defend a controlling partner or manipulated to suffer the insecurity of feeling insane.

Often, it’s not the decisions themselves that a controlling person cares about, but the power they represent. These decisions could be about anything from living choices, clothing, how you spend your time, and how you spend your money. However, if he allows you to make decisions, he may punish you for making what he sees as the wrong one. If you make a decision, he’ll question your thinking and may tell you, “You’re not thinking straight.”

A controlling men is often insecure, so his questions are a way to reassure himself that you still belong to him. Possibly, he could want to know your every action, who you talked to and what you talked about. He may express jealousy or accuse you of flirting with other men or being unfaithful to him. To physically control this, he may forbid you from talking to someone, shame you for a clothing decision, or not permit you to wear certain clothes outright.

In another attempt to cater to his insecurities, a controlling man will sever your outside ties completely. He feels insecure about any relationship you have that he does not participate in. In an attempt to prevent you from spending time with others, he may accuse you of being controlled by others or call your outside friends “bad influences,” that is “, trying to put a wedge” between you and him. He may even take your time with others personally and construe it as your failure to commit to the relationship.

In cases of extreme control, he may control your physical access to social interaction by controlling your use of social media and a car. He may dissuade you from gaining education or professional work and qualifications in an attempt to control your time and limit your social outlets. Women in relationships with controlling men will often feel completely isolated if he has his way.

A controlling man will deny to you, and potentially to himself, that he is trying to control you. Instead, he shifts the blame to you, believing that his actions are a natural response to the perceived misbehaviour of the woman. Rather than admitting that he is angry, a controlling man will tell you that your actions hurt him. He will then use this guilt to coerce you into behaving the way he wants you. A controlling men often disguises his need for control as love, concern, or hurt feelings.

A controlling man’s desire to be codependent may appear as love. He may say, “You make me happy,” or “you are all I need.” While this may appear sweet, it is meant to put unhealthy pressure on the woman to satisfy his needs in some relationships. It makes you responsible for his well-being. On the other hand, a controlling man may expect you to be wholly satisfied by him.

He may say, “If you love me, then I’m all you need.” Not only does this limit your desires to what he can provide, it perceives your love as contingent on your behavior–just another way to guilt you into doing what he wants. A healthy relationship acknowledges that two people certainly need love and validation from other relationships and sources, such as careers and community involvement.

Sexual intimacy is another place where a controlled individual can exert control. He could ‘playfully’ apply the force in sex or exude excitement over the idea of sexual assault. The perpetrator engages in sexual sex when you’re asleep or not aware of it. If you don’t like the sex, he will manipulate or convince you to get sexual relations by making you sulk or showing anger. He might even elude intimacy until your sexual needs.

According to psychotherapist Julie Orlev, the most important step is to “be willing to walk away from the relationship if need be.” This simple and healthy mindset will allow you to make decisions without fear of losing the relationship. Reevaluate yourself as a person outside of the relationship.

Has his control crippled or swayed your value, beliefs and goals? If he asks you to do something contrary to these, say ‘no.’ Compromise is important in any relationship, but not at the expense of your core person. If he cannot accept this, it is time to end the relationship, no matter how much you feel for him.

To salvage the relationship, you will need to set limitations on the type of criticism or amount of reasonable concern for your actions. Set a new tone of honesty by confronting him whenever you feel manipulated or controlled. It may be time to cut ties with him if he cannot have a reasonable and honest conversation devoid of dynamic logic.

Remember that you have value outside the relationship. Reconnect with the honest people with you, appreciate you, and respect your autonomy. A truly loving partner will express his love in a supportive way and can live with the choices you make even when he does not agree with them.

When he disagrees, he honestly confronts you without resorting to manipulation or power plays. Most importantly, he can empathetically understand you as an equal with your desires and decisions.

Based on the neuropsychologist Ian H. Robertson, empathy is often absent in people who control. “If we create a powerful feeling in people who are otherwise normal, they start to view them as objects.” Robertson explains, “Objects do not have the freedom to make decisions. This type of power cuts out empathy.

How can we develop empathy for objects?” In an unhealthy relationship, the controlling person might view you as a way to reach their ends and reduce you to an object within their world of desires. If you are worried that your partner will view you as such, there’s no reason to be a jerk to please him.

Keep in mind that you are in charge of your personal life. Contact family and friends as well as other groups for help. Don’t be afraid, and make a call to the police if you feel you’re in danger.

How to Get Over a Break Up