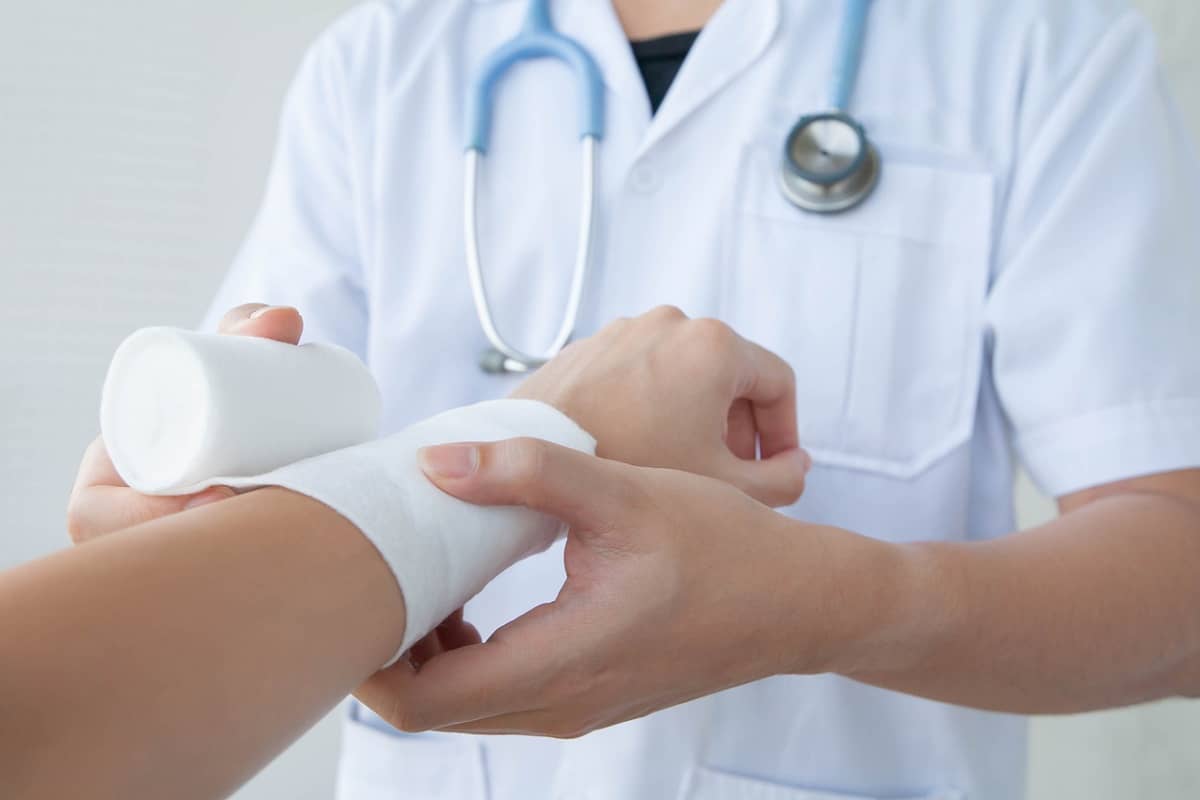 Many parents are becoming familiar with the concept of self-cutting and self-harming, particularly in pre-teens and teens. However, there can still be a very big difference between cutting the arm or leg with minor lacerations and behaviour focused on cut wrists.

Historically, cut wrists has been a precursor or an outright attempt at a violent suicide. The act has been seen for centuries, often used as a means of private suicide when poison was not available in ancient times.

Unfortunately, our media teaches people the concept of characters in movies or on TV shows with bandaged wrists or stitched wrist arms. As a result, kids figure out pretty quick that cutting your wrists must be the way to cause serious self-harm. 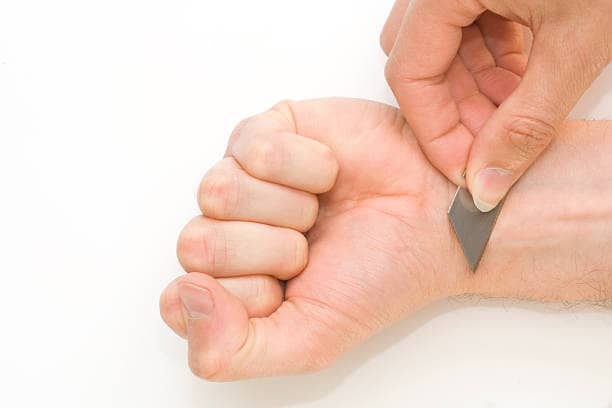 The Difference Between Self-Harm and Suicidal Harm

Self-cutting is often minor, superficial cuts to the body, usually on the forearms or upper leg thigh area. The amounts may be in small parallel rows or spell out words.

The wounds are not deep and usually heal within a few seconds of cutting. That leaves a tell-tale scab and cut mark, which heals completely within a few days. The appearance is not as serious scarification, but it has the same visual appearance.

The act can release endorphins in a person’s body, giving them a brief moment of feeling better, creating an addictive pattern, ergo repeat cutting. However, in the large majority of cases, the teen involved is nowhere near the idea of suicide.

Also Read: How to Hide Cuts and Heal Self-Harm

Cut wrists or the attempt to learn wrist cuts is a far more serious matter. This is targeted self-injury playing with the idea of suicide or the effect of serious bodily harm through a wound and major blood loss.

This type of behaviour kicks in when a teen is experiencing a level of overwhelming mental pain and hurt and can’t cope with it.

The anger and frustration at helplessness is intense and drives out rational thought. Attempts to find a quick way to stop it all become apparent.

What to Look For

The signs of cut wrists are not going to be advertised usually. A teen involved with this type of self-harm will likely be hiding it, knowing that it will trigger a big reaction from people if seen. Symptoms can often include:

Most parents are going to find out about wrist-cutting by surprise. The wrong approach is to start yelling, getting emotional, or insulting the child to somehow “shock” it out of them.

These behaviours only make a teen more defensive and angry and add to the fuel inside that is mentally pushing the teen toward self-harm in the first place.

To get to this point, something has already pervasively attacked the teen, and a parent’s yelling and anger only add more attacks in areas where the teen is supposed to feel safe, at home.

The first step any parent needs to follow is to get over being shocked at the behaviour found. A parent needs to shift into a calm approach quickly, resist the urge to yell or make demands, and instead be objective in finding out the root of the problem.

This involves talking, calmly asking questions, and getting a teen to open up up, which can be hard if up to now serious talks of this nature have not occurred recently. A teen needs to know that their parent is aware of the behaviour and genuinely wants to help the child instead of ignoring the problem.

Parents should also be seeking help resources where they are available. This can be from a pediatrician, psychology resources, and medical sources. However, one of the biggest sources with the most direct information about what’s going is a teen’s close friends.

At this age, they are more likely to know what’s happening with a teen and her life than any other source. This doesn’t mean a parent should start in inquisition to get the information. That will make everyone calm up.

Keep in mind, however, while doctors and schools seem like the logical route to go for help, they are very quick to categorize and label a teen, which can cause more damage.

This is because both work in institutional settings that follow set procedures for teen self-harm. It is common for experts in both areas to immediate peg a child as a psychological case that needs to be separate from other kids and isolated.

Doing so makes the teen suddenly the problem instead of a child reacting to a situation. That can ultimately drive a teen further into isolation instead of helping them, which is why doctors and schools have such a poor track record at dealing with these types of cases.

Parents are a key influence on their children. They are the closest to the teen, they have raised the teen since their baby years, and they can make a conversation happen by that bond.

It can seem hard at first if the parent has not had serious discussions with a child or been close in recent years, but the glue is still there. After some rough patches, a teen will still respond to a parent far more than a school official or a doctor.

The anger that drives a teen to cut wrists is usually rooted in something. That’s the goal to figure out. Without identifying what creates anger and self-harm, no attempt at stopping the behaviour is going to work. That anger can be driven by guilt at something, being rejected socially, self-image hatred, sexuality issues, or more.

It’s usually rooted in a case that is pervasive and chronic versus one-time and then goes away. In other words, the problem confronts the teen almost every day.

There are also conditions or issues growing up that will create self-harm more in some teens than others. These are not automatically red flags but are often associated with the activity:

Wrist-cutting must be treated seriously. Once the root cause is found, everything else can wait. This is a serious form of self-harm, and parents need to get to the root cause as soon as possible. Avoiding the issue of having a doctor prescribe treatment will only delay the need for discussion.

Teens will only make changes if they are mentally ready to change. A teen who waits for self-harm can find other ways.

If discussions are challenging or hard one-to-one, there is nothing wrong with bringing in a third party to help. That could be a relative, a friend or a trained counsellor. In any case, any mention or sign of the idea of suicide needs to be addressed seriously.

In immediate need situations, Who can reach trained counsellors via a suicide hotline number. The National Suicide Prevention Lifeline at 800-273-TALK (800-273-8255) provides free help any hour of the day, even if a teen wants to talk to someone disconnected for hours into the night.

Health professionals such as doctors are trained to help, but parents need to be proactive to ensure their child is not just routed to symptom-treating and labelling.

This is when the parent has to be the strongest advocate for the teen, not a bystander. Mental health care is often the case, which can be extremely useful, but the parent remains the closest care figure for a teen in trouble.

Ridding Yourself of Severe Depression

How to Hide Cuts and Heal Self-Harm