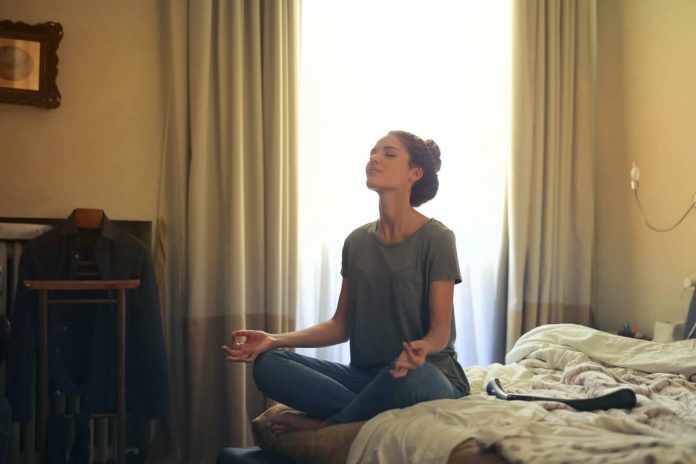 Today’s world is a wild place for children. Often one or both parents work full time, and the kids live in the middle of a constant juggling act. As a result, children themselves frequently get over-extended.

They are involved in so many activities, at home, at school, and in after-school programs that they seem to have no spare time. Older kids, too, can be seriously over-extended and suffer from Stress related to all their in-school activities, sports, and after-school events.

Then there are those kids who face difficult personal issues. For example, they may feel like they don’t have enough friends, feel that people are targeting them as “losers,” or may even be experiencing real.

Their feelings of worthlessness and self-doubt can become an ongoing issue that keeps them from feeling any achievement. So there has to be a way to lower their stress level.

There is – Buddhist Meditation. While many people think Meditation is just for adults, such practices may provide a way for kids to deal with the stressors and activities they face daily. Daily Buddhist Meditation can help children overcome stresses and find some balance in their lives while at the same time sharpening their concentration.

Many non-Buddhists around the world have taken up the practice of Meditation. Even the Mayo Clinic endorses Meditation to improve health, lower blood pressure, and reduce anxiety. 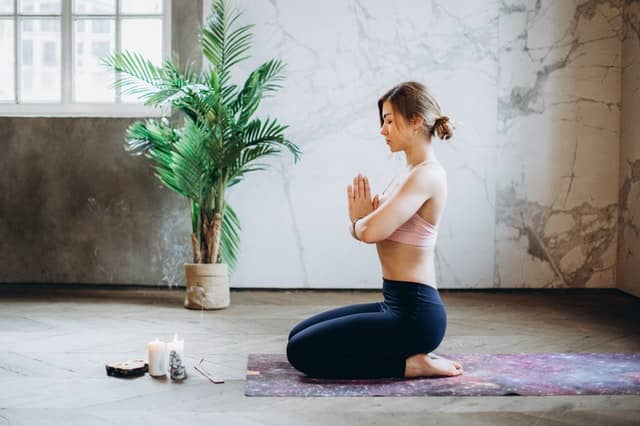 Buddhism  is an international religion originally founded by Siddhartha Gautama, who lived in Nepal in South Asia approximately 566 to 480 B.C. The founder of Buddhism originally led a very profligate life based on his elevated social class. However, he realized that all existence ended in suffering and death, and he changed completely.

He became a monk, leaving his wasteful life behind. After years of living in poverty, he had an epiphany and became the Buddha, or “the Enlightened One.”

The Eightfold Path is divided into three sections:

Buddhist teaching is known as the Dharma. As Buddha himself said, “I teach on suffering and the way to end it.”

Meditation in the Modern World

The Western world has adapted Meditation as a good method of encouraging relaxation. Though Buddhist practice is complicated, Meditation is simple and can easily be taught to children of all ages.

Guided Buddhist meditation tips are available from several Web sites. They are using these guided meditations and online videos, Who can teach Buddhist Meditation to children easily. Besides, by teaching them how to meditate, the parent can benefit from this great relaxation technique.

The journal  Psychology Today  offers “ 5 Meditation Tips for Beginners ” with graphs that show the results of continuing practice. The Mindfulness Meditation Institute describes meditation techniques and has handy free downloads that will help beginners.

Even  U. S. News and World Report  have published an article on Mindful Meditation which includes suggestions for walking Meditation and gratitude exercises.

Theravada Buddhism, which is generally agreed to contain the earliest teachings of Buddha, is generally prominent throughout Southeast Asia. This type of Buddhism places emphasis on individual enlightenment.

According to the Website  Access to Insight , Theravada Buddhism involves using mindfulness of breathing to develop tranquility ( Samatha ) and insight ( vipassana) , also known as “clear-seeing.”

Vipassana meditation is a method of achieving insight by understanding the true nature of reality. In this Meditation, it’s important to pay close attention to the physical sensations of the body. For example, by fixing the mind on your breath, you can learn to let go of stressors and eventually learn to feel a sense of peace and goodwill.

Tibetan Buddhist meditation was practiced by Tibetan monks who lived simple, almost austere lives. Their practice of Meditation was identified as a method of healing. Rather than using the term “mindfulness,” the Tibetans refer to this as “abiding in peace of mind.” They refer to their meditation practice as Shi-né. “An image of a candle flame, flickering in the breeze, is compared to our mind, tossed around by conflicting emotions. “ Shi-né  practice is like putting a glass chimney around the candle, letting it burn steadily and clearly.” The monks also believe in using prayer wheels and incense as a supplement to their meditation practice.

Zen Buddhism is a practice that began in China and focused on enlightenment. According to followers of Zen, all people can achieve enlightenment as the original Buddha did, but their path to enlightenment has been clouded by modern society and problems.

The way to overcome this is through rigorous Meditation and through helping others. Usually, this path to enlightenment is often guided by a Zen Master.

This type of Meditation might be familiar to many westerners because practitioners are often shown sitting in a cross-legged position known as the lotus position while observing their breath below the navel. However, zen Buddhist Meditation involves allowing thoughts to enter and leave the mind at will. First, they are noticed and then let go to achieve a state of relaxation and release.

How to Learn Meditation

If you want to learn to meditate, it’s a good idea to either attend a class until you get the “hang” of it or try a guided meditation via the Internet. The Web site, Learning Meditation, has an assortment of guided meditations, including such offerings as  Quick Getaway  and  Reducing Stress .

There is even a section that includes  Buddhist Meditation Music . Most importantly, they have a  Children’s Meditation Series . You can listen to the meditations for free and then purchase them if you own a copy.

The Web site,  A View on Buddhism  has 58 different types of meditations available. These meditations are grouped into various categories, including  Increasing Positive Emotions  and  Reducing Delusions/Harmful Emotions . They also have a comprehensive article on  How to Meditate , which includes information on overcoming distractions.

Another informative Website with the same name is a non-profit that provides reliable information on getting started with the practice. How to Meditate has videos from Buddhist monks that explain Buddhist meditation techniques.

The site is geared specifically to beginners, covering breathing, posture, and loving-kindness Meditation. The site is created by practitioners of Kadampa Buddhism, a type of Buddhism geared to helping modern people achieve enlightenment.

Teaching Meditation to Your Children

Children love to participate in activities with their parents. Learn to meditate yourself, and then introduce the activity to your child. Make sure that, for young children, you keep the session short and simple.

Don’t worry if they are easily distracted – this is just the beginning of their training. You want to introduce them to the practice without making it a negative experience.

When they seem to be unfocused or preoccupied, remind them to attend to their breathing gently. You want the experience of learning meditation to be enjoyable, not an exercise in frustration.

Older kids and teenagers may enjoy learning Meditation on their own. Direct them to some of the links in this article and encourage them to meditate with you the first few times to see if they like it.

Remind them that Buddhist Meditation is a great way to lower their stress levels, deal with peer problems, and increase their concentration. The Web site  Belief Net  has some great meditation tips for beginners.

Meditation is a great de-stressor, one that kids, teens, and adults can practice. In addition, mindfulness techniques have been proven through the ages to be an effective method of increasing mental and physical well-being.

As the practices of Buddhist Meditation become adopted by the Western world, you’ll see more and more organizations becoming involved in these techniques. Helping your children learn them will benefit them throughout their lives.

How Yoga Can Keep Us Healthy During The Pandemic

Dahn Yoga Helps Improve the Health of Self and Others